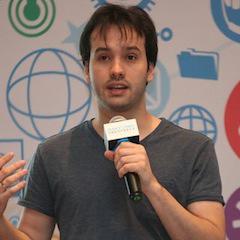 Keynote: What's Ahead for Elixir?

José will talk about Elixir, telling us about a bit about its story, what is being researched, and what is being developed for future versions.

José Valim is the creator of the Elixir programming language and the Director of R&D at Plataformatec, a consultancy firm based in Brazil. He is author of Adopting Elixir and Programming Phoenix as well as an active member of the Open Source community.