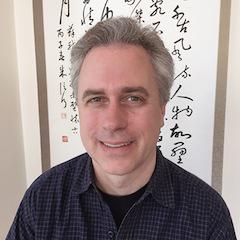 Author of the Phoenix Guides

Phoenix Is Not Your Application

Frameworks are a great help to web developers in all languages. The productivity increases are real, but there's a catch. Framework elements tend to entangle and overshadow an application's domain entities. This effectively chains the application to the framework. Choosing a new framework, or choosing a new interface entirely, almost certainly means a rewrite. Elixir and Phoenix offer a way out. We can build an application in pure Elixir before we ever run "mix phoenix.new". We can test this application in isolation to improve our confidence in it. We can bring it into a new Phoenix project as a dependency. Then Phoenix can do what it does best, be the application's web interface.

* Expand our understanding beyond traditional patterns of web application development.

* Understand the Elixir and Phoenix constructs which make these techniques possible.

This talk is for anybody who is interested in web development.

Lance is the principal author and maintainer of the Phoenix Guides. A Senior Software Engineer at GoPro, he lives in Berkeley, California where he enjoys music, art, and the culinary joys of the Bay Area. He's also been a professional web developer since "state of the art" meant Perl scripts in an Apache cgi-bin directory.