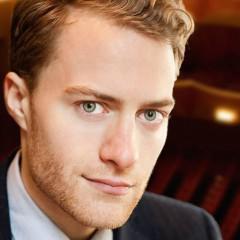 Refactoring Elixir - Lessons Learned from a Year on Exercism.Io

There's a lot you can learn about the pitfalls of a language when you see literally hundreds of people all solving the same problems - and frequently making the same mistakes! In this talk we're going to start with some common, but less than optimal, solutions to some of the problems on exercism.io, and we'll do a step by step refactoring. We'll also add in some benchmarking to the existing exercism.io test suites to show the performance benefits of some of the refactoring that we do, and discuss the tradeoffs of the decisions that we're making to illustrate why this refactoring is beneficial.

Devon is an independent software development consultant specializing in Elixir and Erlang applications. He has helped companies large and small in Europe and the United States benefit from the power of the BEAM. He is also a writer, international conference speaker, and committed supporter of open source software as a maintainer of Benchee and the Elixir track on exercism.io, as well as a frequent contributor to Elixir.