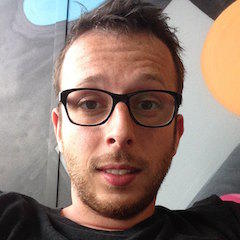 The World is a Big Playground, Everything Inspires Me

It is the story of the birth of a quadcopter built using a 3D printer, a Raspberry Pi 3 and some Elixir magic. I will begin from the genesis of the project up to a flying drone. Expect some code, some hardware and some 3D printing time-lapse.

Here is a link to the Github project.

Since Loic was 10, he has always been obsessed with building and fixing things. From this young age, he began designing and constructing stuff with LEGO Technic and then working on pimping his moped to gain some horsepower. He discovered computer science a bit later and graduated from UCLouvain in 2012. During the university years, Loic messed around with PICs and built an electronic engine igniter for his moped. The serious business started when he got into systems administration and software development. Loic has never let it go since then. After graduation, he founded Djump, a former Uber competitor, and then Spin42 with his two associates, to keep building great things and work on meaningful projects. Armed with a 3D printer and his electronics and software skills, nothing can stop him.