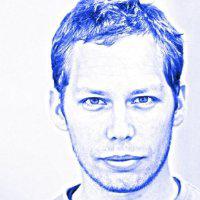 Automating my role, making myself superfluous since my first job 🤦‍♂️

Exploring CQRS and Event Sourcing: A Journey into High Scalability, Availability and Maintainability

CQRS and Event Sourcing are patterns which have their origin in OOP environments, meant to achieve higher scalability, availability and maintainability. However they "borrow" a lot if ideas from the functional paradigm, theoretically making Elixir a good fit to develop a CQRS & ES system. In this talk we'll go through the basics of CQRS & ES, touch on some use cases & definitely avoid cases, explore how we could use Elixir to build a system upon these patterns and conclude if/what makes Elixir a good fit.

Tonći is a polyglot web developer with a broad range of interests and also a broad range of experiences. He started out with Perl/CGI around 1999, throughout the years he has worked with Java, PHP and C#/.NET. In the last few years, he has focused on Ruby/Rails but now he is in love with Elixir/Phoenix and the functional aspects of programming languages. He is the organiser of the Amsterdam Elixir meetup, Elixir Bootcamp and was a co-organiser of Code BEAM lite Amsterdam.