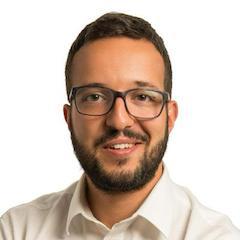 Both Erlang and Elixir are praised for their "debuggability". It's true - there's a lot of tools and techniques that can be used, even on live, production systems. Not only that - they are easily accessible and freely usable. Together we're going to explore them in depth.

We're going to learn what exactly happens when you call a GenServer, how to "spy" on processes and introspect the VM internals. We're going to work with an example application - a basic key-value store built on top of plug, prepare a release for it and deploy it to production. Unfortunately, after the deployment we're going to discover some errors, we didn't anticipate. Fortunately, with the knowledge we gained earlier, we'll be able to diagnose and fix them - live in production!

After tackling major scaling and performance challenges in the education, eCommerce, public transport and analytics field, he choose Appliscale and the hyper-performant world of real time bidding to sharpen his Erlang skills. He is a frequent speaker throughout Silesia and co-organizer of several meet-ups (Functional Miners, Silesian BEAMers, Nodeschool Silesia). His code helps power a multi-billion transaction platform, distributed across the globe. Also, Wojciech strongly believes in DevOps culture and not being afraid to change hats when there is a need for it. In the spare time he is giving talks on various IT-related meetings, blogging at afronski.pl and reading a lot of books.